I recently added a pair of Blacker Ice Clownfish to RR 3.0. The pair is doing great and settled in nicely. Initially I lost the smaller male clown due to an accident. The one seen in the pictures is his replacement. The original male decided to jump from the tank within 10 minutes of introduction. I had the screen top off of the tank and walked away to wash out the acclimation bucket. When I came back to replace the screen top I found the male, dead on the tile floor. It was a tragic loss and ill never again walk away from the tank without having the screen top over the reef.

So, I went back to my LFS and sought out another male Blacker Ice Clownfish. I didn’t know if it was a male, but males are always the smaller of the two when it comes to a pair so I took a chance. Upon introduction the two clowns paired up and have been inseparable ever since. Hopefully they will have many years of happiness in my reef.

Check the gallery for more pictures of the pair. 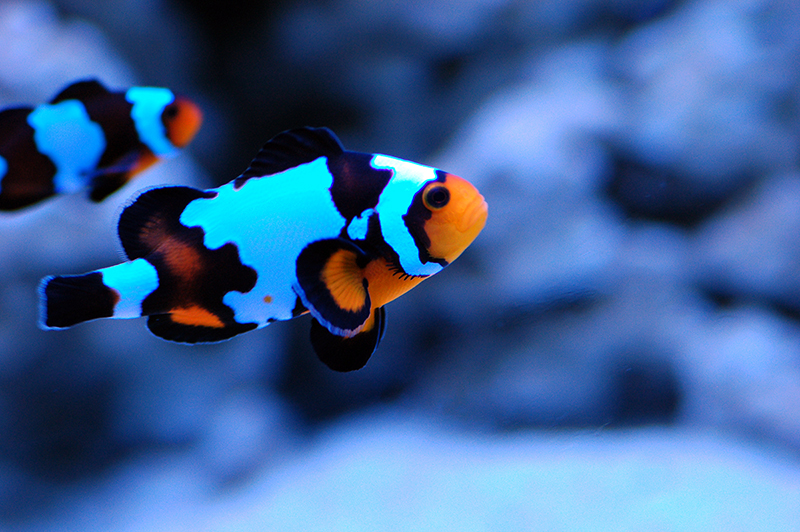